The Wave WalkBy / DriveBy AMR (Automatic Meter Read)System, provides the utility with the ability to read a meter without entering the home. Based on proprietary 433/865-867/868/915 MHz MBUS radio technology, the WaveWalkBy AMR solution gives the energy supplier fast, reliable meter readings. This data can be used by the energy supplier to provide accurate upto date billing, removing the need for estimated readings on the occasions when access to the meter is not available. The Wave WalkBy AMR module can be retrofitted to any CubixRS/RPG Raychem diaphragm gas meter, allowing the meter owner the possibility to implement AMR at a point in time after the meter has been installed.

By utilizing up to date RF technology the transmission distances are long. This usually determines that the meter reader can read whole apartment blocks without the need to enter the building. The data can be downloaded from the Wave Walk By AMR module into a hand held terminal or any Android phone. Once the reads have been made the meter reader receives a confirmation message and can move on to the next site. Alarms will also be sent to the HHT/Mobile Phone in the event of a Wave WalkBy AMR module having a low battery, or if a tamper is thought to have taken place. Once that data is received it can then be transmitted to the Cloud Data base via GPRS or GSM removing the need for the meter reader having to return to the office. Having reached the Cloud data base the energy utility now has the option to use the Wave operating software to produce bills, sends SMSs/e-mails, and generally manage their database. 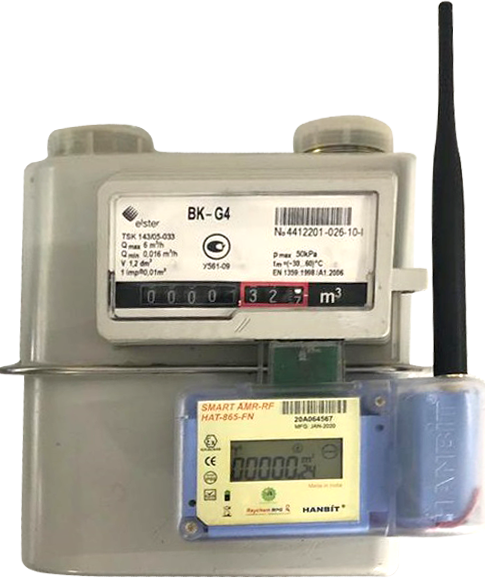